Another interview of ours has made the interwebs.

Our latest update to Simple In/Out is available from the Apple App Store today. As one of our previous posts had mentioned, the big change is dropping support for all iOS 4.x devices. We feel the number of people impacted should be very minimal. This was necessary to make way for future updates. For more information, you can read our post on sunsetting iOS 4.

We also included some changes to our geofencing feature. We have been working very hard on it to make it even better.

We have also been working very hard on some great new features that we hope to have ready to roll out very soon. So please keep your eye open on this blog or follow us on twitter for updates.

Unfortunately, we seem to be experiencing on and off connectivity issues.  Our host is struggling with maintaining an uplink.  Hopefully their issue will be resolved shortly.

We’re sorry for the inconvenience.

The time has come to to put iOS 4 out to pasture. We recently shipped an update to the Apple App Store that will remove support for all iOS 4 devices. If you are currently using a device that does not support iOS 5, you will still be able to use your current update, but your device will not be eligible for future updates. We have a lot of new features in store for our users, and the only way to make sure we deliver an exceptional product is to cut ties with the older operating system. In reality, this means we are cutting ties with the iPhone 3G (released July 2008) and some older generation iPod Touches. This reflects only a very small percentage of our existing users, so it was decided to drop support for iOS 4.

If you haven’t updated your app in a while, now would be a good time. Our latest build in the App Store still supports 4.x devices. Knowing what we know about our future updates, if you have a device eligible for iOS 5, we strongly encourage you to upgrade. You can visit the Apple website for a list of all the great new features in iOS 5.

We are looking forward to a lot of great new features for Simple In/Out, and this is the first step in that process. If you are put out by this upgrade, we are sincerely sorry, but the time has come to move upward and onward. Make sure to follow this blog or our twitter account for updates. We promise you won’t have to wait long.

Tonight we made a small change that some of our larger users will like.  We’ve upped the number of GeoFences you can have in Simple In/Out from 26 to 52.  That’s 2x, or 100% more GeoFencing goodness!

While you should never have that many fences in the ON position (phones will hate you, or just ignore you entirely), some larger organizations have lots of sites and 26 wasn’t cutting it.

As always, feel free to hit us up with any questions or comments.  Also, we have some big news brewing for our next big update.  Stay tuned.

We Want to Respond to Your Emails

Over the past couple of weeks, our newly moved email server has created a whole host of goofy DNS issues.  While we think we’ve finally laid this to rest, we can’t be certain that we’ve received all the email that’s been sent in our direction lately.

Our customers are very important.  So, if you’ve sent us an email over the last couple of weeks and haven’t gotten a response, please try again.  We’ll happily read it and respond. Also, you could hit us up on Twitter or Facebook, where we’ll respond just as soon as we see it.

Innovative technology ideas being developed in the Red River Valley

Innovative technology ideas being developed in the Red River Valley

We were mentioned in a small write-up for technology being developed right here in the Red River Valley of North Dakota. 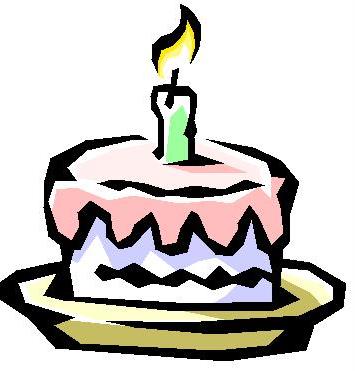 It’s hard to believe that our scrappy little app is all grown up. It was around this time a year ago we were putting the finishing touches on the website and apps, and preparing to launch. There were a lot of revisions early on. From this, to this, then this, don’t forget this one, and finally this. Even our early iOS and Android apps were far from perfect. But we all kept plugging away, fixing issues, updating the look and feel of things, taking suggestions from users, and just trying to improve things even more. And here we are today, 1 year old.

We were going to take Simple In/Out to Chuck E Cheese, but we figured 3 grown men sitting around with laptops would probably not be a smart move. So we decided to do what we always do when we need to talk about work stuff… we head to the bar. Yes that’s right, the majority of this app we developed under the influence. How else can you explain this?

I don’t ever recall a year of my life that has ever had so much happen in it and have it go by so fast. While Simple In/Out may not be made of flesh and blood, it is our baby and it is a product of our blood, sweat, and tears. (Ok, maybe not tears, we are men after all. And probably not blood, this is just software development. And come to think of it, our office is air conditioned… you know what, you get the idea) We have been excited to work on this app for ourselves as much as for everyone that uses it. We have some ambitious plans in store for the next year and we hope the 2nd birthday is as exciting as the first.

Simple In Out 2.3.2 Available on the Android Market

Hey everyone a small update to Simple In/Out was just posted to the Android market. This update primarily contains bug fixes and some data optimization.

We have a shiny new update for our iOS users today. Sorry for the delay. We discovered a couple issues at the final hour and had to fix those and resubmit to the App Store. Here is what we have in store for you.

We have a lot of exciting new features in store for our users. We want to thank our everyone for all the great suggestions. We value your opinions very much and take all ideas seriously. So please keep them coming.